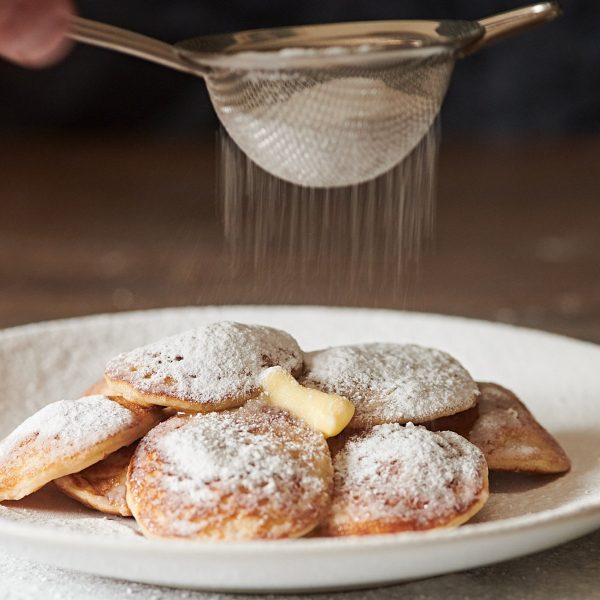 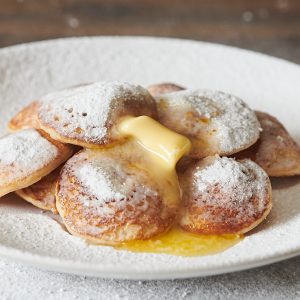 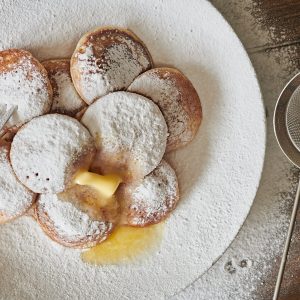 Dutch mini pancakes, also known as ‘poffertjes’ or ‘brothers’, originated from a Catholic tradition. In the churches in the south of the Netherlands, sacremental hosts were used during the communion ceremony. Because the host was very dry, the brothers started experimenting with different recipes. From these culinary experiments the poffertjes that we know today have emerged. The south of the present-day Netherlands was traditionally Catholic, so the traditions deviated from the Protestant north. Because the hosts are part of a Catholic tradition, it is suspected that the poffertjes were created in the provinces of Limburg or Noord Brabant.

Poffertjes are a festive holiday treat in the Netherlands, popular at both summer festivals and Christmas markets. Mainly in the winter season temporary stands selling poffertjes are quite popular and sell portions containing one or two dozen. Usually the cook prepares them fresh for the customer. They are served with butter and powder sucker and the are not difficult to prepare, but a special cast iron pan with several shallow indentations in the bottom is required.