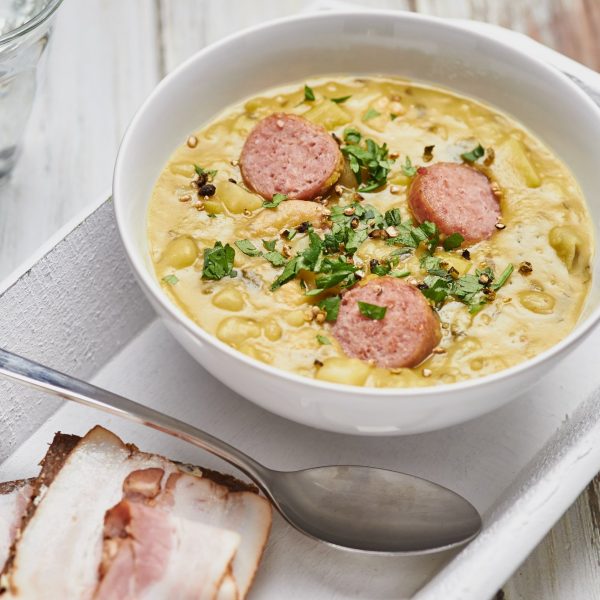 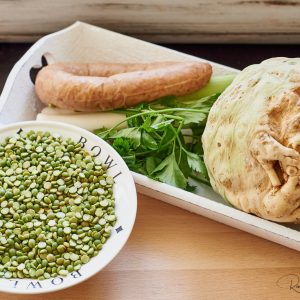 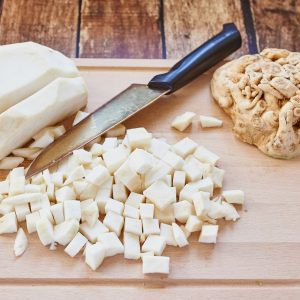 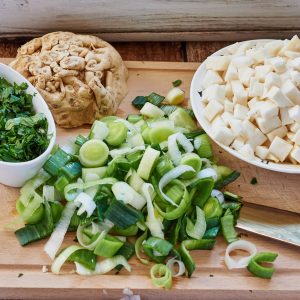 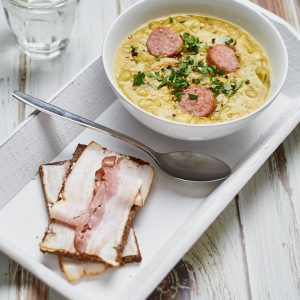 Pea soup or split pea soup is soup made typically from dried peas, such as the split pea. It is, with variations, a part of the cuisine of many cultures.

Erwtensoep, also called snert, is the Dutch version of pea soup. It is a thick stew of green split peas, different cuts of pork, celeriac or stalk celery, onions, leeks, carrots, and often potato. Slices of rookworst (smoked sausage) are added before serving. The soup, which is traditionally eaten during the winter, is emblematic of Dutch cuisine.

It is customarily served with Frisian roggebrood (rye bread) and bacon, cheese or butter. The bacon is usually katenspek, a variety of bacon which has been cooked and then smoked. Pancakes are sometimes served with pea soup; this dish is called snert met struif, struif referring to the pancakes.

In the Royal Dutch Navy the pea soup is completed with small cubes of lard which float as white squares on top. It is therefore referred to as Snert met Drijfijs (pea soup with floating ice).

So-called koek-en-zopie outlets, small food and drinks stalls which spring up only during winters along frozen canals, ponds and lakes in the Netherlands and cater to ice skaters, usually serve snert as a savoury snack.

In Suriname, a former Dutch colony, Dutch-style pea soup is eaten as a street food.